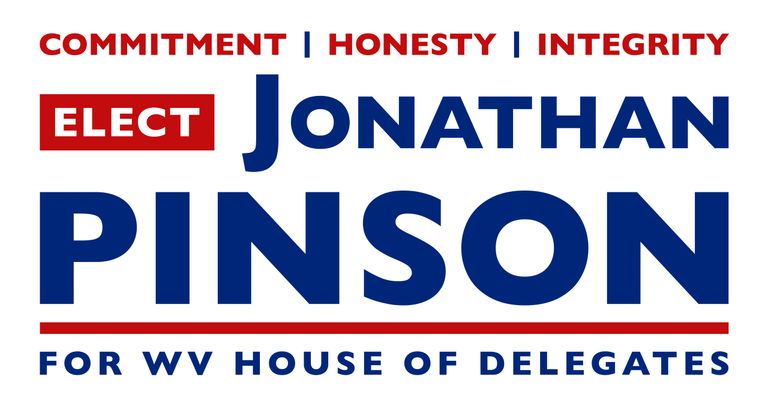 I am 35 years old and reside just outside Point Pleasant. First and foremost, I am a Christian. I also get to be a husband, father, pastor and hobby farmer. I am a graduate of Ravenswood High School and WVU of Parkersburg. I will stand with conservatives for West Virginia.

I have a desire to stand up for faith and families all across our community. As a citizen and as a Pastor, I cannot stand by and allow individuals to harm family values and erode religious liberties and fail to act.

Freedom to worship and freedom to teach and preach God's Holy Word without censorship from any group, party, or man made laws must always remain.

I stand against abortion. I believe the unborn have the right to life. However, WV women should have access to free birth control to prevent unwanted pregnancies. Abortion is not the answer. Our pregnancy resource centers must remain open with added locations.

I have been married to my wife, Amy, for 10 years. We have 3 biological children and are an open foster home. Currently, we are in the process of adopting a fourth child whom we love dearly.

I believe in the right to own and to bear arms for the safety of our homes, our state and our nation.

I am grateful for the many successful small businesses within our state. Business owners and entrepreneurs will always have my respect and support. I believe in self reliance. West Virginians are known for our work ethic. Our state and our workforce should draw businesses and corporations of every size.

I have served people on a city and then county level since I was 19 years old. I spent 7 years as a police officer. First for the city of Ripley, then Ravenswood, and eventually the Jackson County Sheriff’s Department. I left police work to step out into full time ministry in Mason County. I continue to support law enforcement as the Chaplain for the Mason County Sheriff’s Department. I also stay active in the community as a volunteer chaplain for Pleasant Valley Hospital and help with youth sports, specifically soccer and wrestling, whenever possible. Over the past several years I have been mindfully engaged with bills and legislation that affects us West Virginians. I began to again ask myself how I can serve people better. Was there more I could be doing? After prayerfully seeking where I can be of help to West Virginians, the doors opened that encouraged me to campaign and be elected to the WV House of Delegates, District 13.

I know our communities have real issues that need addressed- an increase in jobs, the fight against crime and narcotics and protections for children, specifically those in or facing foster care, just to name a few.

I thank you for your support. Whether it was your vote in the Election for District 13 or your monetary gift that helped this campaign. Please know  I will be equal to those who are serving all Districts of West Virginia and I understand that working together is vital. The vote you cast for Jonathan Pinson for House of Delegates District 13 was a vote for the entire state. Thank You!

Copyright © 2020 Paid for by the Candidate  - All Rights Reserved.